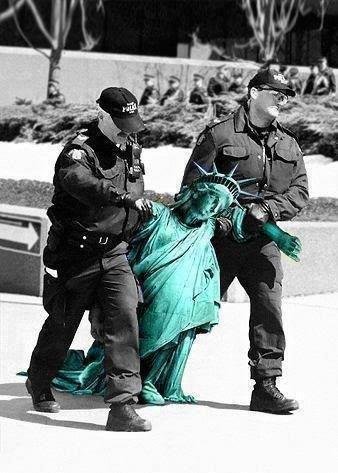 Prohibition is just a by-product of a bunch of fearful people looking for a blanket to hide under while the make-believe Knight in a blue costume scares the boogie man away. It is all just fantasy. It actually makes your world far more dangerous. It makes the make-believe Knight in a blue costume extremely dangerous. It also makes the boogie man himself more dangerous.

The profits and violence of prohibition make everything worse.

Fear feeds all the bad things. Just look at the news. Fear sells everything. It even sells our own enslavement. That is not an overstatement in the least. Fear makes us feel bad. It makes us want someone to fix it for us. Most of us are not going to try to solve our own problems, especially when we are led away from understanding what the problem even is.

It isn’t some grand conspiracy. It is just the way we are. This is all just a fairly natural course of action that is self-serving from the top down. The solution is to better understand what the issues actually are and look for solutions ourselves.

Learning and solving solutions for ourselves is the greatest inoculation from fear and the incorrect actions that result from fear.

Once we see a government prohibit a thing, the results are rather predictable. Eventually, we end up with something like Krokadil. The Krokadil problem is a particularly poignant example of how prohibition leads to increasingly more dangerous substances.

Price increases and quality (especially purity) decreases. The risk of being caught with contraband creates an ever increasing demand for more potent per weight drugs.

We saw this with alcohol prohibition. Bootleggers would rather ship high alcohol content (more concentrated product) which is worth a lot more. If they were going to get caught, the punishment is mostly the same, so why not go for maximum profit? While there is no legal recourse, why not put other contaminants in the product to increase its potency or apparent weight? When we look at what is happening to illegal drugs, we see all sorts of detrimental things put in them for these reasons. In an free and open environment, fraud and injury could be prosecuted.

We are watching this happen in places like Colorado where legalized marijuana is now reaping huge rewards in tax revenues.

If this revenue was put to good use I would be fine with that, but we know that isn’t how it works. Even if it is going to a great cause, most of the money will still be wasted in the quagmire that is government bureaucracy.

This is why I highly recommend full decriminalization or abolition rather than legalization. The difference is very significant.